A minority-owned business is defined as being owned, capitalized, operated and controlled by a member of an identified minority group. The business must be a for-profit enterprise which physically resides in the United States or one of its territories.  Identified "Minority groups" are generally defined as having an ethnic background consisting of Asian, Black, Hispanic, East Asian Indian and/or Native American.  Some applications require US Citizenship; some applications accept legal residents. Some applications require a 75% ethnic heritage others will accept as little as one fourth.

Note: Non-For-Profit companies DO NOT qualify for certification.

Generally, the identified minority groups are as follows:

Disclaimer: The following are theMINIMUMbasic requirements for certification, and in no way to guarantee your company will be a successful candidate for certification.  Additionally, each certifying agency may have additional criteria standards and eligibility rules. Other criteria and standards exist for each industry, annual sales, number of employees, etc. If you are applying to a local government entity the length of time it takes to acquire certification can vary. 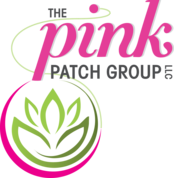